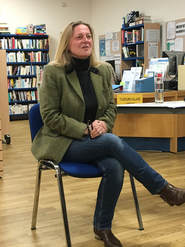 Nicola’s spoke enthusiastically to over thirty people at our Library.  She had originally set out to write Josephine Tey’s biography but found there were many gaps in her life which were a mystery.   Her partner, Mandy Morton, suggested she make up the missing pieces, and Nicola’s  series of novels using Josephine as her heroine, was born.  Josephine was a very private person.  She lived in Inverness, which she hated, and made trips to London where she was part of the 1930s scene, so Nicola was able to interview some of her contemporaries, including having two long telephone conversations with  Sir John Gielgud. 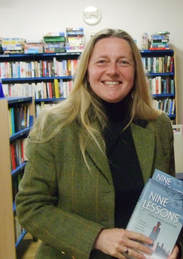 After taking questions from the floor, Nicola signed copies of her latest novel, Nine Lessons.  This is set in Cambridge and is her 7th Josephine Tey book. She has already written another one which will be available soon. She said it takes her about a year to research and write a novel. 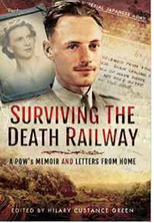 Hilary gave an illustrated talk about her book, describing the experiences of her father Barry Custance Baker (Royal Corps of Signals), his fellow prisoners and their families back home during the Second World War.  Barry was born in Malaya in 1915 and married Phyllis, a fellow Cambridge graduate in 1939.  Phyllis kept in touch with the families during the war and the book describes the difficulties they all had surviving in desperate times.   After the war  Barry and Phyllis had three more children. Barry stayed in the army until 1959, then took up teaching. Phyllis filled her life with voluntary work and the theatre. 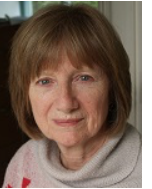 Hilary Custance Green has BAs in Fine Arts (UEA) and Sculpture (St Martin’s School of Art) and spent twenty years sculpting. In 1993 she graduated with an Open University BSc in Psychology and spent fifteen years working in brain science, gaining a PhD in Cognitive Psychology from Cambridge in 1999.
She has had three novels published and has spent six years researching this book. ​ 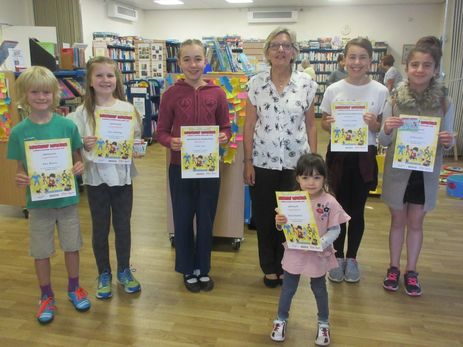 Some of the children and volunteers who were presented with their medals and certificates by Parish Clerk, Tish Newman.
The Summer Reading Challenge signed up 153 children. 105 completed the challenge to read 6 books over the 8 week period we allowed. A success rate of 69%.

We visited the 3 local primary schools, Fulbourn, Great Wilbraham and Teversham before the holidays, to tell the children about the challenge.

In September we revisited the schools to present certificates and medals to the successful children. We also held a ‘medal ceremony’ in the Library for those children who had moved on to secondary schools or were so young they were not yet attending schools.
Mandy Morton    Author Talk   26 September 2018 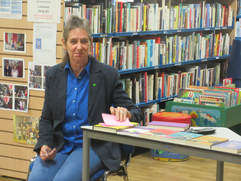 Mandy talked to a very appreciative audience about how she came to write her fiction series 'The No. 2 Feline Detective Agency'.  She considers herself very fortunate to have had 3 careers - musician, arts journalist and author.  She also has a love of ageing cats which gave her the inspiration to write her first novel during the winter months when she could not spend much time in her gardens (she has 2 plus an allotment!).